Tackling vaccine hesitancy is one of the most urgent priorities in the fight against COVID-19. Understanding and managing the anti-vaxxer movement on social media is now critical to support the upcoming immunisation program.

Public health authorities in Australia and around the globe are increasingly concerned by how quickly the anti-vaccination movement is growing, and how well-organised and funded the network is.

According to the international Center for Countering Digital Hate (CCDH), social media accounts held by so-called anti-vaxxers have amassed an online following of more than 58 million people based predominantly in the US, UK, Canada and Australia. The CCDH calculates that the anti-vaccine propaganda industry spends up to $1 billion annually on advertising with the tech giants, Facebook and Google. The latest CCDH report also reveals that the movement is largely funded by millionaire supplement supplier Joseph Mercola and hedge fund manager Bernard Selz, who have poured millions into opposing vaccination.

Of all the social media platforms, the anti-vaccination movement has the biggest social media footprint on Facebook with an estimated network of 31 million people, followed by 17 million subscribers on YouTube and 7 million on Instagram. The anti-vaxxer presence appears to be weakest on Twitter, with only 2 million followers.

Anti-vaxxers outsmart the algorithms used by social media platforms by using encrypted messages and tags such as vax or vaxscene to replace the word ‘vaccine’ to circumvent censorship.

With the COVID-19 vaccine soon to be approved in Australia, public health authorities will need to act fast to counteract this powerful anti-vax movement by building vaccine literacy with an effective communication and community engagement strategy, taking into consideration social and cultural factors to ensure herd immunity will be achieved.

Social scientist and professor Julia Leask at The University of Sydney has been researching vaccine hesitancy and refusal for over two decades. “There are those who are strongly opposed to vaccination, ranging from those who have questions and concerns about vaccines, to those who are completely against it because they think it’s unnatural or dangerous, and also the anti-vaccination activists who are vocal about their opposition,” Leask says.

A good starting point for any health communication campaign is to pair scientific evidence with stories that speak to audience beliefs and values. With fewer in-person interactions and more online activity due to COVID-19, it has never been more important to increase public health awareness by disseminating well-targeted messages to defined audiences on social media. Communications should focus on improving health knowledge, sharing factual information about the COVID-19 vaccine and counteracting misinformation.

Immunisation campaigns on social media may also need to be led by public figures and community influencers who genuinely support social causes and resonate with particular groups in order to build trust within those groups. Additionally, local health organisations should form alliances when deploying communication programs to project a unified front to the community to further build credibility in counteracting anti-vaxxer propaganda.

Finally, to counteract the growing threat that anti-vaxxers pose in spreading fake news digitally through social media, local and federal governments should continue to pressure social media networks like Facebook and Google to proactively remove incorrect anti-vaccination content, regardless of its source.

Rafael Contreras is Agenda C’s Digital and Social Media Manager. He has a Masters degree in Public Health from The University of Sydney. 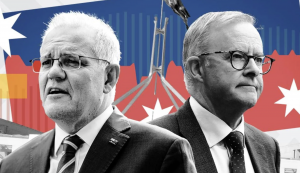 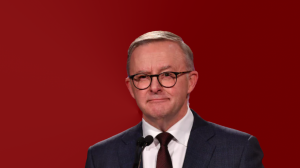 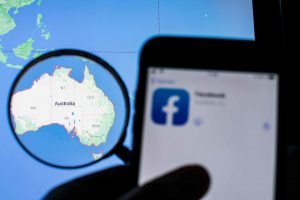